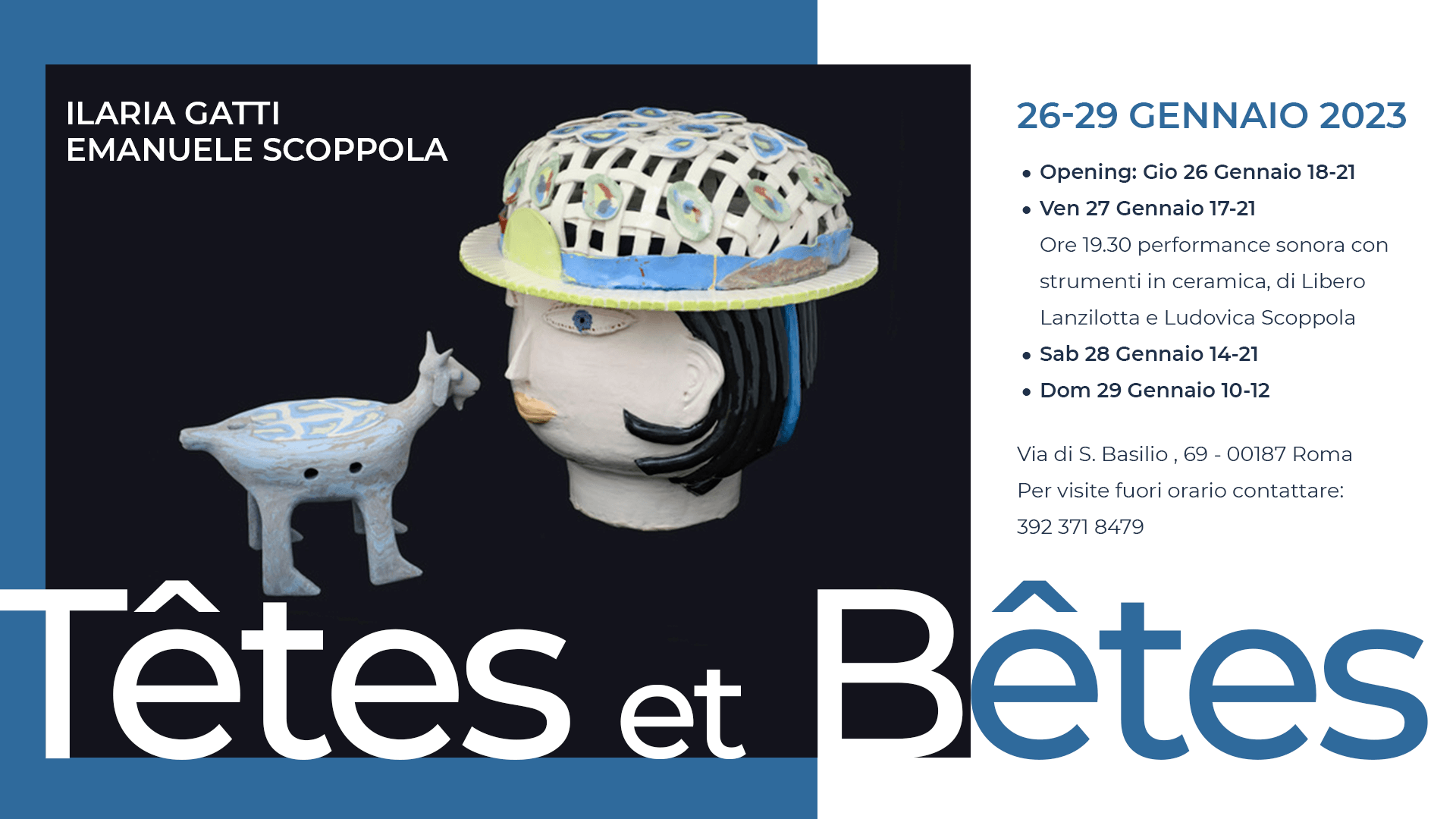 The paradigms in contemporary ceramic are in constant evolution and shift between tradition and innovation, functionality and aesthetics, industrialization and originality.

However, research through imagination has always been consistent; and imagination bring us back to a childish dimension inhabited by dreams, terrible as well as comforting creatures, plain and stylized shapes, where our archetypal relationship with creativity originated from.

Ilaria Gatti and Emanuele Scoppola have met and worked other this common topic. They share a multitude of conceptual affinities, yet their stylistic choices are distinct. Therefore, their fantasy worlds are in constant dialogue and juxtaposition.

Ilaria Gatti’s fantastic creatures were conceived as she was a child and transferred as pastel drawings in five notebooks named by her Les Livres de Monstres. Longtime overshadowed by her official profession of architect they are now brought back to a new life by a series of crystallized pottery sculptures. Similarly, Emanuele Scoppola’s imaginary beasts originated by a childish memory and have recurred in his work since the late Eighties, in the form of drawings, paintings and sound-making sculptures such as the ones here displayed.

As ceramists they both use the technique of coiling as well as the lathe machining, which enable them to create shapes around the internal resistance of air.

Ilaria uses this working principle to cut the shape into matching mirror figures. Her preferred subjects are heads, which are inspired by the characters of the Livres des Monstres, often double-faced.

Emanuele plays with the functional aspect of the air contained by the form, by converting the zoomorphic figures into wind instruments, to the example of primitive aerophones.

Têtes et Bêtes is about the encounter between two different species, and two creative identities in perfect harmony.

Ilaria Gatti is an architect, designer for residential buildings and social infrastructures.  Since the Ninties she has also worked as a movie critic and published articles, monographs and books around cinematography. As a ceramist she has participated to several group exhibitions and held a solo show, “Le Violon d’Ingres” at the Canova22 space, in Rome in 2021. Fb: Le Violon d’Ingres di Ilaria Gatti.

Emanuele Scoppola (who signs as “Lalli”) was born in Rome in 1965. With a background of scholar and journalist he begins his artistic production in the Nineties. Since 2015 he teaches pottery at the ancient school “Arte Educatrice Museum” in Rome.

Manage Cookie Consent
To provide the best experiences, we use technologies like cookies to store and/or access device information. Consenting to these technologies will allow us to process data such as browsing behavior or unique IDs on this site. Not consenting or withdrawing consent, may adversely affect certain features and functions.
Manage options Manage services Manage vendors Read more about these purposes
View preferences
{title} {title} {title}